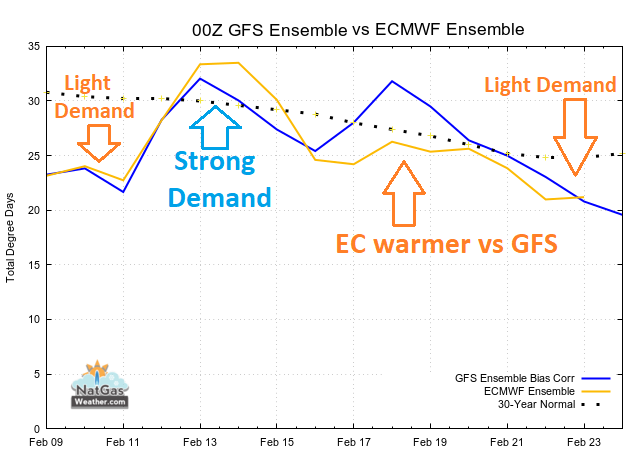 February 9: March’22 nat gas prices were higher Tuesday until selling off late to close little changed. Gains were initially attributed to an oversold bounce, aided by the GFS weather model trending colder by 20 HDDs. Prices sold off late in the day when the afternoon EC model didn’t agree and trended warmer. The overnight GFS was little changed and lost a mere 1 HDD and was again notably colder than the EC for the 8-12 day period by seeing a stronger cold shot into the northern and eastern US. The overnight EC yet again disagreed and trended further warmer for the 8-15-day period. Nat gas prices were initially higher overnight as the GFS maintained its colder view, then sold off as the EC again disagreed and trended further warmer. Clearly, the nat gas markets are stating they require colder patterns or prices wouldn’t have crashed so violently since mid-last week.